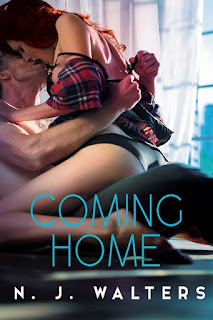 
Kansas Fielding and Tobias Slater had always been friends, so when the two indulged in a kiss out of simple curiosity, the depth of the passion they ignited caught them both by surprise, and left them with an insatiable hunger for more. But the next day Tobias was gone, disappearing into a secret life Kansas knew nothing about. Now, two years later—years Kansas has spent building a life and forgetting Tobias—he’s returned, disillusioned and uncertain of his future.


This is a revised edition of a novella that originally appeared in the Taming the Alpha boxed set. 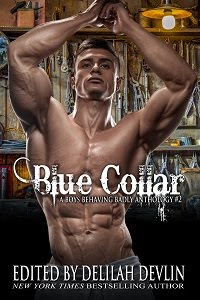 When it comes to love...Blue Collar is better!

It's time to set aside those sexy billionaires and enjoy stories about the everyday, even sexier bad boys you meet in real life. They may have dirty hands and wear tool belts and jeans instead of Rolex watches, but they're earthy alpha males unafraid to get down and dirty when face to face with a woman in need—whatever her need may be!

Just a few of the titillating stories inside...

In "Elevation" by Megan Mitcham, an always-in-control policewoman trapped in an elevator shaft gets a sexy rescue from the handsome repairman. A lonely woman drives a thousand miles to meet an oil field roughneck ready for a long night of laying pipe in Mia Hopkins' "We Drill Deep While Others Sleep". Jennifer Kacey shows the lengths to which an enterprising gal will go to get the owner of an oil change shop to check her fluids in "The Boss". And those are just a few of the sexy stories inside this collection about the everyday hero next door.

These are men who've built their powerful muscles with hard work rather than inside any gym, and they sure know how to use their hard-earned skills to pleasure a woman... 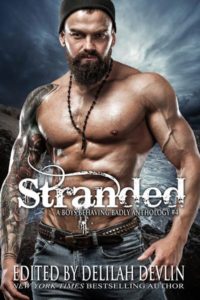 UNDERCOVER LOVER in the Stranded: A Boys Behaving Badly Anthology

Real heroes show up when a woman needs a little help…

Do you crave stories about savvy, capable women who suddenly find themselves in challenging circumstances—vulnerable to the elements or their situation? Love those stories even more when their fear is surpassed by attraction, and they become vulnerable in different ways…sexy ways?

Inside these tales you'll find damsels in distress, but they aren’t weak and waiting to be saved. These women are determined to save themselves. In Sam Heathers’ “Too Deep”, an undercover officer loses her handlers and is forced to trust a top lieutenant in a gun-running gang to survive. A woman trapped in a book by a sorcerer is rescued by a thief in Michal Scott’s “Put It in a Book.” In “Rescuing Alaska” by Elle James, a Coast Guardsman leaps into the frigid Alaskan waters then braves a bear-ridden island to save a woman swept overboard during a storm. You’ll find astronauts discovering love in the International Space Station, genetically-enhanced humans struggling to survive in a flooded world, werewolves warring with an outlaw clan, along with your more conventional corporate scion in an unconventional encounter in “Going Down” by Sukie Chapin. In all, you’ll find fourteen stories with one thing in common—couples depending on each other to survive and, perhaps, falling in love.

Undercover Lover by N.J. Walters – A DEA agent working undercover as a waitress in a dangerous biker bar is stranded without backup until a man from her past walks in. 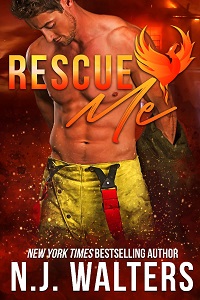 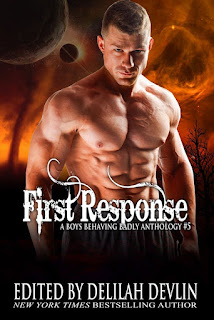 OVER THE EDGE in the First Response: A Boys Behaving Badly Anthology

This collection features first responders — whether firemen or cops or simply the first brave person to sweep into the rescue regardless of the dangers. Expect an adrenaline ride of danger followed by a fiery “first response” romance that will curl your toes!

Over the Edge by N.J. Walters — After a bear leaves a corporate lawyer stranded on a cliff ledge, rescue comes from her estranged husband

i went to the bookstore but this is not available yet.

i hope this will be available soon in the Philippines though