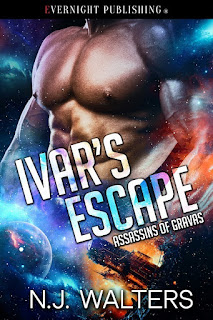 This mission was the most important one she’d ever been sent on. Ivar’s safety, his life depended on her.

That wasn’t new. As an assassin, she’d often held people’s lives in her hand. But she’d always been sent to end them. This was the first time she’d been sent to save someone.