Only 5 more days until Bjorn Cursed! 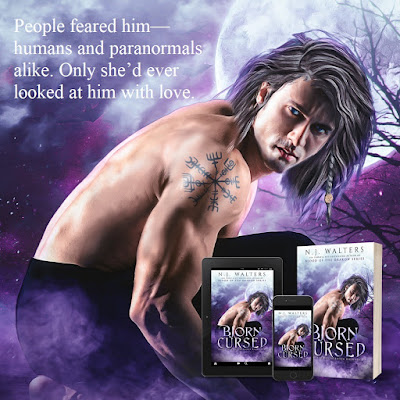 With the tattoos flowing over his face and body, he was like something out of a nightmare rather than anyone’s idea of the perfect lover. He’d always been a warrior, more at home on a battlefield than trying to broker peace talks. Now he was even deadlier. People feared him—humans and paranormals alike. Only she’d ever looked at him with love.