WOLF MEETS HIS FATE IS OUT TODAY!

I'm so excited for this next book in the Salvation Pack: The Next Generation series. Hope you all love it as much as I do. 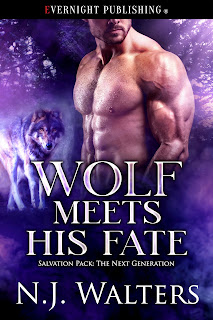 Salvation Pack: The Next Generation, Book 4

Orphaned at birth, Jesse is raised in the Louisiana swamp by powerful witch Lottie Broussard. Hated by her father and shunned by the pack that should be hers, she is forced to run for her life after Lottie’s death.

Searching for his life’s purpose, Aaron LaForge has left his pack and is living on a farm in West Virginia.

When their paths cross in a local bar, he sees it as fate. At first, he only wants to help but quickly realizes she’s his mate. Jesse isn’t ready or willing to trust anyone—let alone a male wolf. But Aaron is as stubborn as he is convincing. As their relationship heats up, the dangers around them mount. Can their love survive their fight to stay alive?

Closing her eyes, she tried to catalog everything she remembered about him. It had all happened so fast, but he’d left an impression. And it wasn’t only his physical appearance.

Yes, he was handsome in a primal way with his broad shoulders and muscular build, but there’d been something in his eyes—compassion, understanding—that made her want to run toward him instead of away. That made him dangerous. Wolf in the Woods 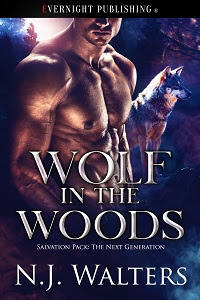 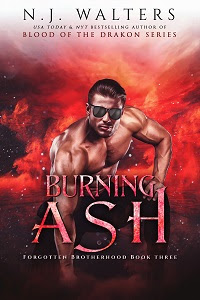